And the Musical Month continues with Niina's oldie but goldie: Emilia's Big Big World.
Congratulations to all of you, who received an instant earworm! :) I did! 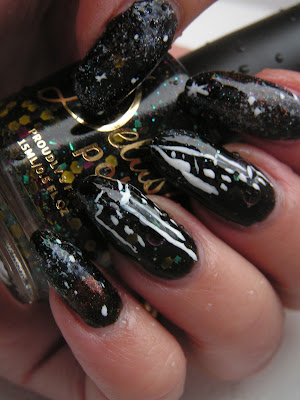 I decided to go for a freehanded city landscape, because the music video is clearly filmed in New York – which is my favourite city EVER!!!
And, on some nails I decided to sponge on galaxy nails. World IS big, even bigger than NYC... 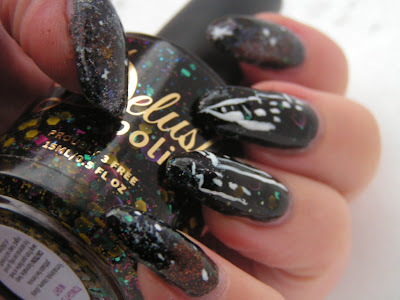 The base in all the nails is Delush Polish Tonight's the Night. First coat was a disappointment, second coat a 'hmmm' – and the third coat pure awesomeness!! It really paid off to go through the first two! 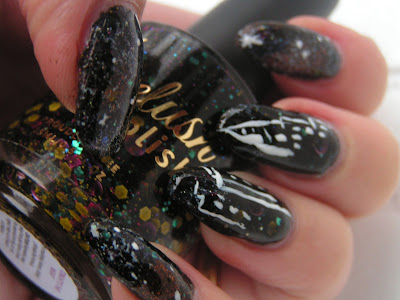 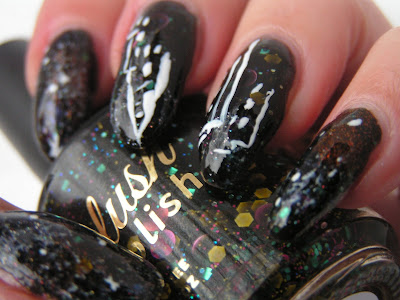 Last but not least, go and see Janina's nails from the same theme!!
Posted by Eugenia at 9:52 PM

An academic missus travelling 'round Europe with her polish stash and behaving like a 9-year-old (when it comes to all things glittery and gaudy). Welcome aboard! Any questions to talonted.blog (at) gmail.com